Chance Perez of College Park East will be performing with TOP LINE – LIVE on ABC’s new show Boy Band which airs this Thursday 7/13 at 8/7c.

Chance, a veteran of the Los Alamitos Show Choir experience, made the final 30 out of 1000 to earn a spot on the show which debuted on ABC on June 22.  Contestants advance through public voting.  The Final 5 get a recording contract with Hollywood Records!

Affter his performance on June 29, Chance advanced to the top 15.

Supporting his campaign to make it to the finals is Team Chance, led by his proud mother Shawnie Perez of College Park East who is coordinating a local campaign on the NextDoor and various social media sites, including her new Insta page @mommaperezofficial “for up to date ABC Boy Band news!” Shawnie’s original post on NextDoor read:

“Chance is a local to Seal Beach and a Los Al Alumni. You may have seen him as Edward Scissorhand at Los Alamitos Show Choir.” Tune into the Series Premiere of Boy Band!  will be performing this Thursday 6/22 at 8pm Ch7! America Votes!”

Shawnie’s other social media sites are:

Viewers can vote via a number of ways and Shawnie says “Be sure to watch and Vote #teamchance – I promise he will not disappoint! ❤️🎤 Please Share/Follow/Comment on his social media: Insta @chanceperezofficial FB Chance Perez Twitter @ItsChancePerez… Thank you for supporting Chance our local boy! He is working so hard to make us proud!” 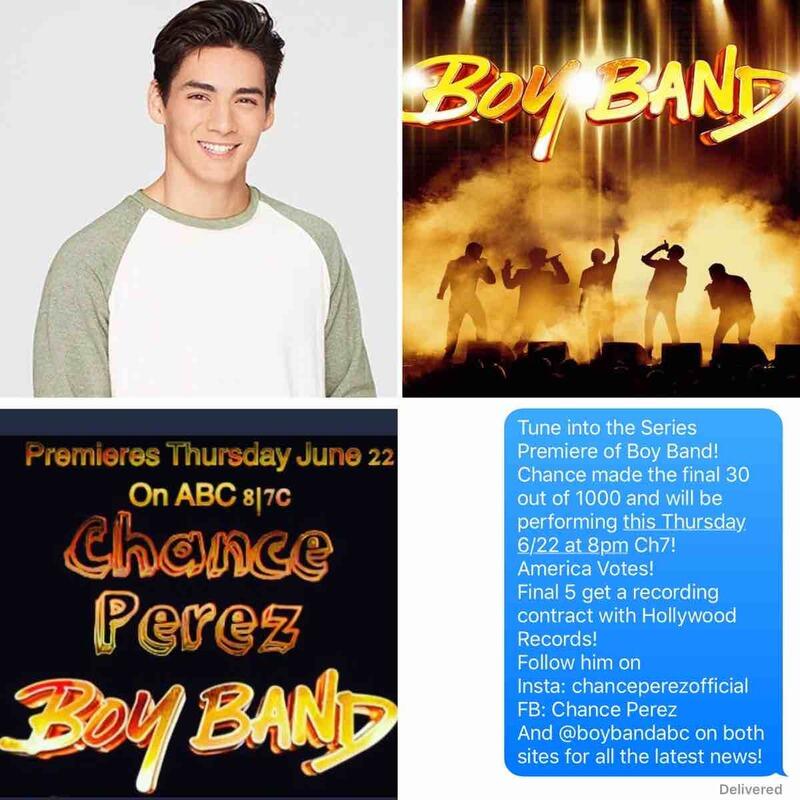