The Griffins will play Trabuco Hills next Saturday at Cerritos College for the championship.

It will be the first Griffin visit to a section title match since 2013 when they downed Mater Dei.  That team was led by future University of Washington All-American Crissy Jones.  Jones, along with future US national team librero Justine Wong-Orantes, led the Griffins to the 2011 CIF title, downed fellow Sunset League power Newport Harbor in that finale.  match. (Wong-Orantes ironically split time as setter with Rachel Fattal who would later win Olympic gold medals and world championships on the US water polo team).

The Griffins have been on one of those magical playoff runs, perhaps inspired by a visit during a practice last week from volleyball legend Misty May-Treanor (picture below).  Since then Los Al has pulled out its opening round win over Tesoro and then upset wins over Beckman, and No. 1 seed Aliso Niguel, before its semi-final victory over Notre Dame. 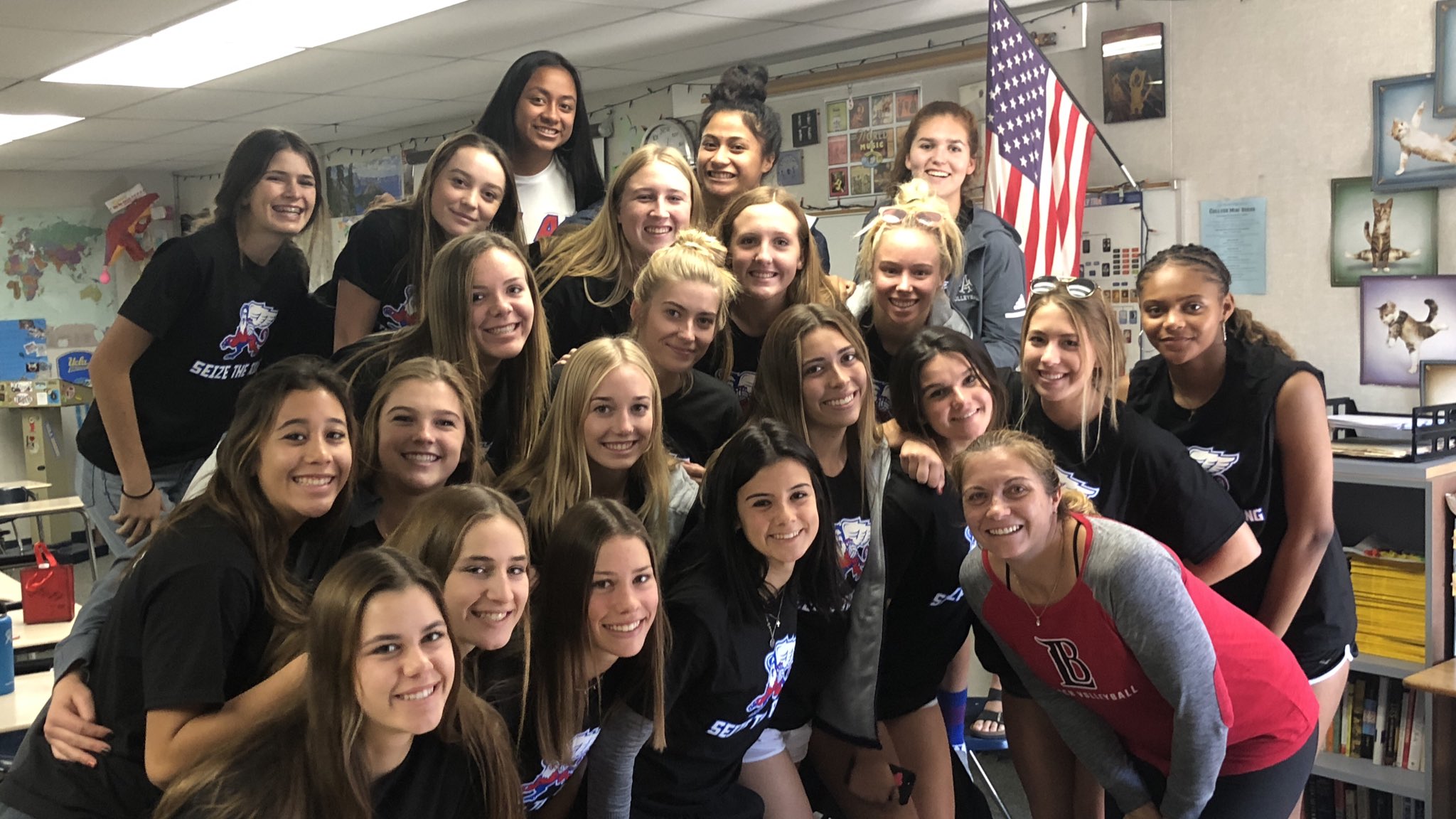 CIF Commissioner: A great job by all during tough times; now back to normal… we hope

CIF Commissioner: A great job by all during tough times;...