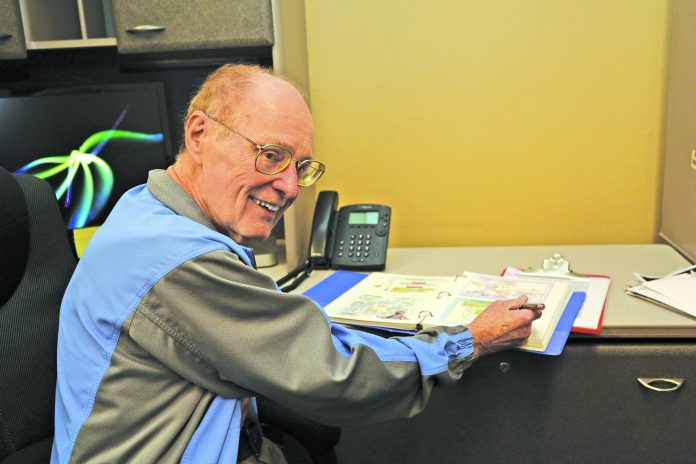 Seal Beach resident Tom Logsdon was one of 28 professionals recently recognized by the Queen of England and the United States Air Force for their collective contribution to the invention of a global positioning system (GPS) that has given society a tool to literally remake the way it operates.

Race on the Base draws thousands to JFTB

The 2019 Race on the Base drew thousands of participants and hundeds of onlookers as the three-day event without a hitch.
“Overall, we are really happy with everything,” said Race Director Emeline Noda on Monday. “I really can’t recall a legitimate complaint over the entire weekend,” she said. Noda is also a recreation manger for the City of Los Alamitos.

While discussing the hiring of a consultant to come aboard to assist the city of Los Alamitos through its serious financial situation, Mayor Warren Kusomoto reminded city manager Bret Plumlee that he wants to know “everything” and that he wants to see a “work product,” not necessarily a “carved out” job for a consultant.

Over 250 Los Al Griffins met with over 70 mentors from a wide range of professions at the annual Los Alamitos HS Mentor Breakfast in early February. Organized by the school’s career counseling department, students had the chance to sit at tables and converse with professionals from the fields of nursing, medical doctor, physical therapy, business, sales/marketing, airline pilot, education, law, engineering, fashion/design, performing arts, and film. David Young has the story.

La Palma has a surplus in funding; now what?

After some years of being very fiscally conservative, the city of La Palma is now faced with somewhat of a pleasant conundrum—they have a surplus, and how ought it to be spent? At last week’s City Council meeting, Administrative Services Director Sea Shelton provided the Mid-Year Operating Report for Fiscal Year 2018-19.

this week that Liz Vucurevic has been named an account manager for Event-News within the Los Alamitos trade area. “We are very excited about the qualities Liz brings to our team,” said Group Publisher Steven Remery. “Liz has great energy and will be a great asset for us going forward,” he said, adding that the Event-News Enterprise is one of the Orange County Neighbor Newspapers flagship newspapers.