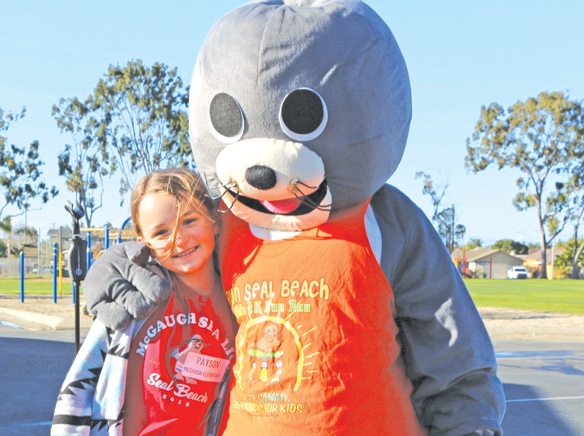 Two kids and a dream build America’s most unique enterprise

By David Young – First of two parts  — When you step through the front door of Spaghettini in Seal Beach, a captivating energy of warmth is already there to greet you. Ten steps in, friendly faces and the elegant surroundings melt into an atmosphere of joy, little different than grandma’s house on her best day.  As they huddle in the corner office to reflect on more than three decades in business, owners Laurie Sisneros and Cary Hardwick are somewhat amazed, yet not surprised, at the scale of their success.  read more

Ms. Jenkes is a proud Alumni of Long Beach State University where she earned her BA in Interpersonal and Organizational Communication and a Multiple Subject Teaching Credential. She has 27 years of teaching experience. And her love of books and reading led her to her role as a Media Specialist at McGaugh.  read more

Carlos Munoz has assumed a new role as the Sun’s Advertising Account Manager the Seal Beach sales territory. The annuncement was made by Steve Emery, Group Publisher for Orange County Neighborhood Newspapers, Inc.Steven Remery.  Munoz has been with the company for a little more than a year. He was hired as a receptionist, and later promoted to administrative assistant. A few of his duties included providing sales support and organizing the Best of Seal Beach Awards reception.  Read more

The Sunset Beach Art Festival, celebrating its 52nd year Mother’s Day Weekend, is seeking Art & Craft vendors. “We’re planning on having our largest turnout ever of vendors and attendees at this fun, free event,” said Frances Small, Festival Art Gallery Chair for Las Damas, a philanthropic non-profit woman’s organization which has helped local residents and schools for 50 years. “Vendors need to turn in their applications before … Read more