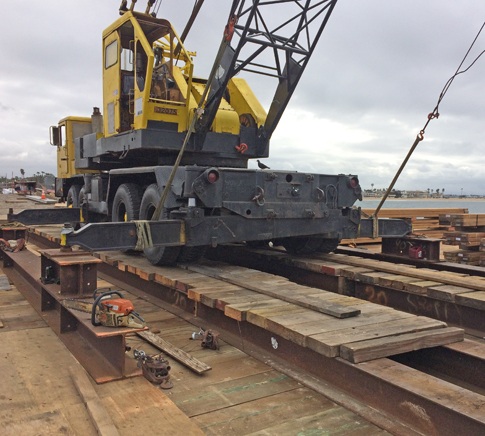 Approximately 15,000 to 20,000 visitors attended last weekend’s annual Seal Beach Classic Car Show, according to a “conservative” estimate by Car Show Chair Brian Warner.  T-shirts sold out before noon, according to Warner.  The Seal Beach Lions Club reports that the 66th annual Pancake Breakfast and Lunch Grill fed around 1,000 people and took in more than $5,000. (For details, see …

The Seal Beach City Council last week unanimously approved an amendment to the city’s contract with Simplus Management to oversee the pier repair project.  The associate engineer overseeing the project for the Seal Beach told the City Council last week that the project is currently on schedule and within budget. The project is scheduled to be completed by Memorial Day.  The contract amendment with Simplus is for more than $109,000. Assistant City Manager Patrick Gallegos reminded the Sun this week that… [more]

Friday, April 19  — Hit and Run, Parked Car (Priority 3)—12:17 p.m.—Seal Beach Boulevard—An individual reported a hit and run on a parked car on Thursday, April 18, around 4 p.m. No suspect information. Police unit M7 took a report. Incident response time: 8 minutes 13 seconds.
Suspicious Person (Priority 2)—3:24 p.m.—Seal Beach Boulevard—The caller reported two women were selecting high end items in the store (the name of which was blacked out in the log). The caller said both women had merchandise in hand baskets. They split up at one point, before loading items in a car. As of 3:29 p.m., the caller did not … [more]

Around 50 people attended an impromptu, word-of-mouth memorial for Gretchen the swan who lived on the grounds of Old Ranch Country Club for several years.  The large bird, who was well known by the members and players at the club despite being somewhat cantankerous at times, was presumably taken from her home and the people who had grown to love her by a coyote. “It’s sad because she was kind of like a mascot,” Seal Beach resident and club member Carla Watson said. [more]