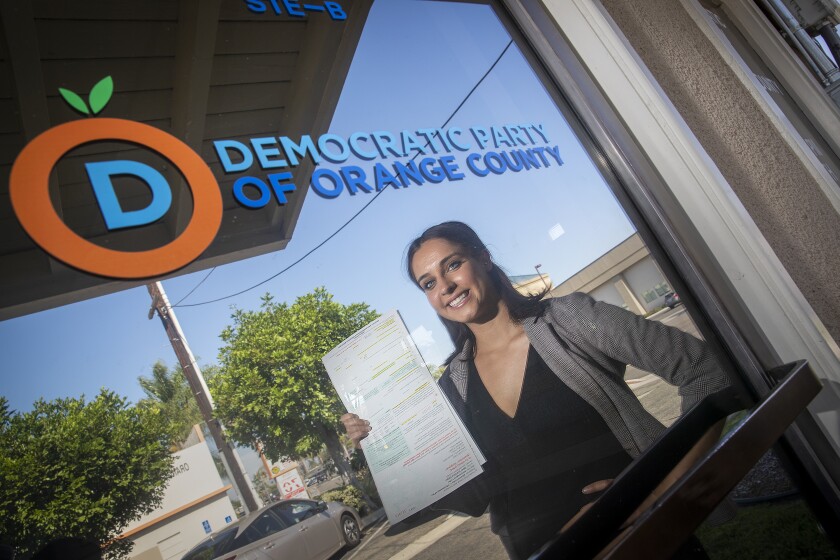 For the first time since probably the early 1900s Democrats outnumber Republicans in Orange County — although that doesn’t mean liberals outnumber conservatives.  More and more people are choosing “no party preference” or “decline to state” — their numbers are about 75% the size of the Republican numbers —  so cobservatives probably still have the edge IF they show up, and that’s the rub.  The LA Times has the story.

Orange County, long a Republican stronghold, has officially turned blue. The county that nurtured Ronald Reagan’s conservatism and is the resting place of Richard Nixon is now home to 547,458 registered Democrats, compared with 547,369 Republicans, according to statistics released early Wednesday morning by the county Registrar of Voters.