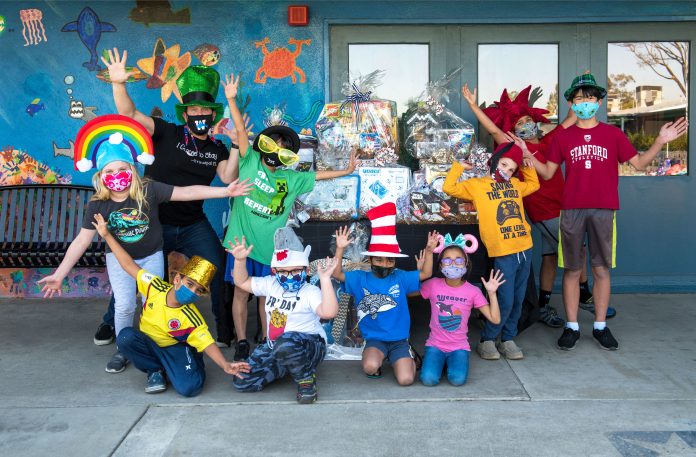 By David Young
Cassandra Palacios, a licensed vocational nurse at Los Alamitos High School, has been named Orange County Employee of the Year for Health and Student Services. She previously had been honored as an employee of the year by the Los Alamitos Unified School District and now goes on to compete for statewide honors in the program sponsored by the California Department of Education.

As a school nurse, Palacios has played a pivotal role in carrying out the District’s comprehensive safety plan that allowed the high school to reopen for in-person instruction during the COVID-19 pandemic, said Los Alamitos Unified School District Superintendent Dr. Andrew Pulver.

The Rossmoor Community Services District has signaled a retreat just weeks after asking a local legislator to file a bill seeking to pave the way for more control over the unincorporated area.
The problem began when the Directors held a special meeting Feb. 25 with Assemblywoman Janet Nguyen to discuss a bill that would have created a path for the RCSD to be released from the control of a state agency that governs unincorporated areas across the state.

By E. Isaac Lee & David N. Young
Outside the Joint Forces Training Base (JFTB) in Los Alamitos, dozens of military personnel mill about in masks and fatigues. Old Glory waves in the wind, and the band practices “The Army Goes Rolling Along.”
Inside the base, soon-to-be General Robert Wooldridge, finds himself overwhelmed at the pomp.  “I’m a simple guy, and this is kind of like a wedding,” Woolridge said. “I’m flattered. It’s pretty cool.”

By Maria Bonilla and Pam Bahnam
At an unprecedented time in history, with the devastating effects of a global pandemic caused by COVID-19, our youth need sports and play more than ever for their mental health and development.
With distancing and isolation initially being prescribed as the solution for limiting the spread of the virus, we are now finding that when it comes to our youth, and their involvement in sports, they are more likely to experience a negative impact on their social and emotional well-being as a result of social isolation than they are to catch the virus during sport participation.

While the past year has been challenging, the Friends of Weaver (FOW), the Weaver Elementary parent-led organization, has found a “creative way” to host its annual fundraising gala.
“We are committed to raising enough money to continue to fund STEAM education and strategically support our teaching staff as they work to bring our students up to speed,” said FOW spokesperson Jackie Quaker.
She said FOW came up with a creative way to host its annual fundraising gala without the big party and glam this year. Dubbed “A Very Merry Un-Gala”, the virtual Alice In Wonderland themed fundraiser is designed to be family-fun so everyone can participate from the comfort of their own home.

No easy solutions as Cypress seeks to increase housing units

By: George Pardon
The Cypress City Council has the incredible challenge of addressing a mandate to plan for 3,936 additional residential units over the next eight years. On March 15, the Cypress City Council held a workshop where three conceptual scenarios were presented. The workshop can be viewed at the following link: http://cypressca.swagit.com/play/03162021-561/#0
There will be a second workshop on March 29 at 5 for residents to provide input. There are no easy solutions. As I reviewed the different scenarios, I made some observations that could distribute the units over a larger area within the City.