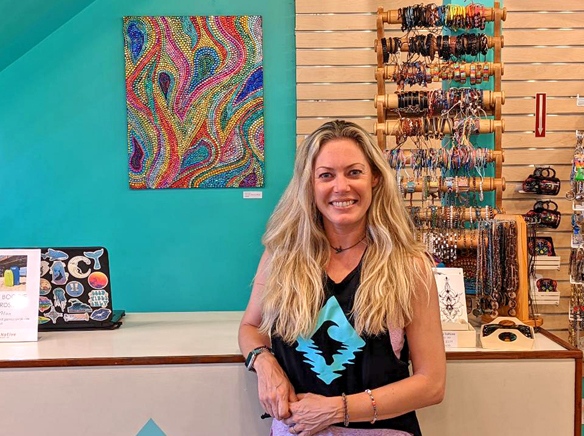 When EJ Liston was furloughed and eventually laid off from her job with Enterprise Rent-A-Car she wasn’t sure where she’d go next in terms of her career. But she knew quickly where she was headed geographically – home to Seal Beach.
She said she enjoyed working for Enterprise and would likely still be with the company if not for the pandemic and the events it thrust upon her. She had been promoted to a position that required her to re-locate to Seattle.   But she said she… [more]

Using the search for a ship as a teachable moment

A passion for science has driven Laurie Zaleski for much of her life. As a marine geologist, she has traveled the world conducting geophysical surveys. She’s told herself that in order to make an impact, she can’t be afraid to say yes.

So when the opportunity came to join an expedition to search for a lost battleship from the early 19th Century, Zaleski said yes. That journey eventually led her to …  [more]

Editor’s note: If you have a question about a city issue—or a suggestion for filing a Public Records Act request—email Associate Editor Charles M. Kelly at editor2@sunnews.org. The Sun sent some questions to the city government on July 14. On July 10 and July 20, Assistant City Manager Patrick Gallegos answered several of them in separate emails.