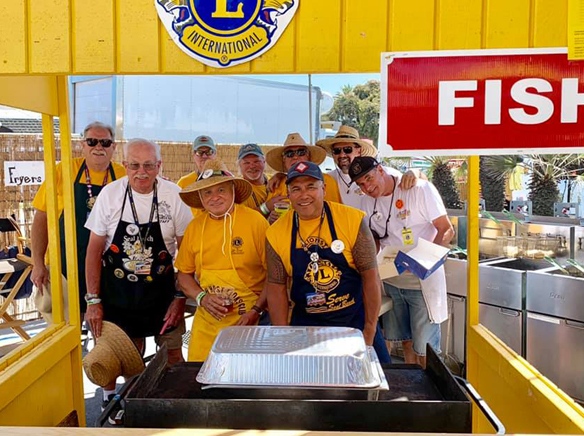 Officially, it’s called the Seal Beach Lions Club Community Fish Fry.  But it is now better known to the Seal Beach locals simply as “Fish Fry.”     For weeks leading up to the weekend event, all the buzz in town is about the Lions Fish Fry.  Of course, the local papers and TV stations give great coverage both before and… [more].

Save Our Beach group cleans up, gets a $2,000 donation

By Karen Ferretti –  Save Our Beach, a non-profit located in Seal Beach, conducts monthly beach cleanups in the First Street parking lot on the third Saturday of every month. At the July 17 event, Dawson Co., a fluid technology resource company located in Pomona, California, brought a large contingent of employees and family members to help cleanup the beach. They had a banner and T-shirts made for the day. But that’s not all they brought: they also brought a… [more].\

The City Council unanimously approved the formation of the Seal Beach Historical Resources Foundation this week. The foundation is a non-profit entity envisioned as independent of the city government. Strictly speaking, the council authorized staff to file the articles of incorporation and the bylaws of the new foundation.  The council will appoint the first five board members at … [more]

Those who knew Seal Beach’s Greg Knapp best said he was the kind of man who drew people to him with an affable personality and an optimistic outlook on life. Knapp was a local product, having graduated from Huntington Beach High in 1983.  He went on to a standout career as quarterback at Sacramento State. He was invited to NFL ….  [more]

On Monday, July 26, the Seal Beach City Council voted 3-2 to approve an ordinance to create an exemption to the city’s requirement that cars park head-in only. The exception will apply to the beach parking lots only.  The staff report requested that the council either approve the exception or give staff direction for an alternative.  Seal Beach Police Chief Phil Gonshak told the council that …  [more]