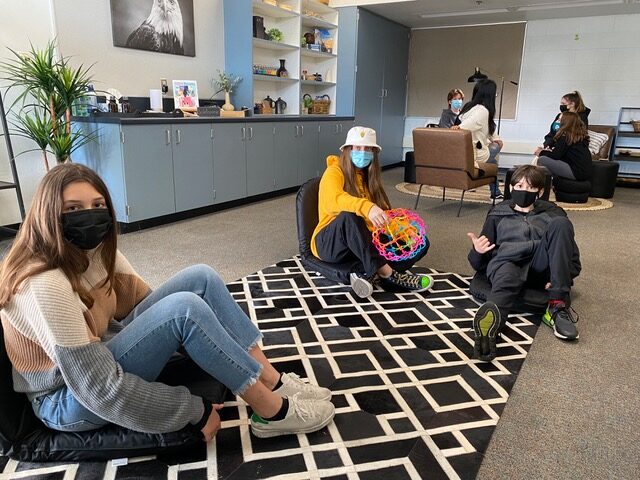 LAUSD to focus on student mental health with “WellSpace” Centers

It’s called “The Corner” at McAuliffe Middle School. At Oak Middle School, it’s “The Den.”   These are the names of new campus WellSpace centers established to help Los Alamitos Unified School District middle school students learn skills to improve their social, emotional and mental well-being.  The WellSpaces look more like lounges at a day spa than a public-school classroom and that’s the point. They are intended to offer students a peaceful place to focus on … [more]

Despite getting a 17-year contract and higher rates, Rossmoor officials have expressed extreme frustration and disappointment with waste hauler CR&R, saying the service is now even worse than before and they have little or no control.   “We are being treated like a stepchild,” General Manager Joe Mendoza told the Rossmoor Community Services District at the August meeting.  Mendoza said some Rossmoor residents have expressed concern over … [more]

Nearly 18 months into the COVID-19 pandemic and mask rules continue to spark debate.
That was the case at the August 17 Los Alamitos Unified School District Board of Education meeting, the first since the 2021-22 school year started at the district’s nine campuses in Seal Beach, Rossmoor and Los Alamitos.
Speakers took aim at the California Department of Public Health’s universal indoor mask requirement for K-12 schools during the public comment period. The mandate was not on the meeting agenda.
The LAUSD is tasked with enforcing the …. [more]

Los Alamitos High football fans are hoping for a lot of big plays this year between quarterback Malachi Nelson and receiver Makai Lemon. So the Oklahoma bound duo decided to give them one right off the bat. The first play from scrimmage in the Griffins’ season-opener against Bakersfield was a 68-yard connection that set up a touchdown two plays later, as the Griffins rolled to a 65-18 win over the Drillers on Friday at Los Alamitos High.
Brian Jurado punched in the two-yard touchdown run to give Los Al a 7-0 lead. Big plays highlighted the night as the Griffins kept Bakersfield at a distance each time the Drillers tried to close the gap. Bakersfield answered the opening score with a drive that… [more]

Griffins girls volleyball off to a solid start

The Los Alamitos High girls volleyball team is shaking off the rust of limited play and practice time and have improved to 4-2 overall this season. Last week, the Griffins swept two matches with wins over Long Beach Wilson and Long Beach Millikan.
The Griffins took out Wilson, 25-12, 25-21, 25-16, led by senior outside hitter Olivia Panzica with nine kills. Junior Sydney May had 13 assists and six service aces. Serving would end being a factor in the Griffins’ ability to keep control of the match, after a tight second set.
“Our serving definitely picked up after the first couple points there, maybe some tentative serves, then we started getting after it a little bit more, creating some opportunities or scoring off our serves,” Head Coach Dave Huber said.  [more]

More articles can be found at the Event-News-Enterprise website.