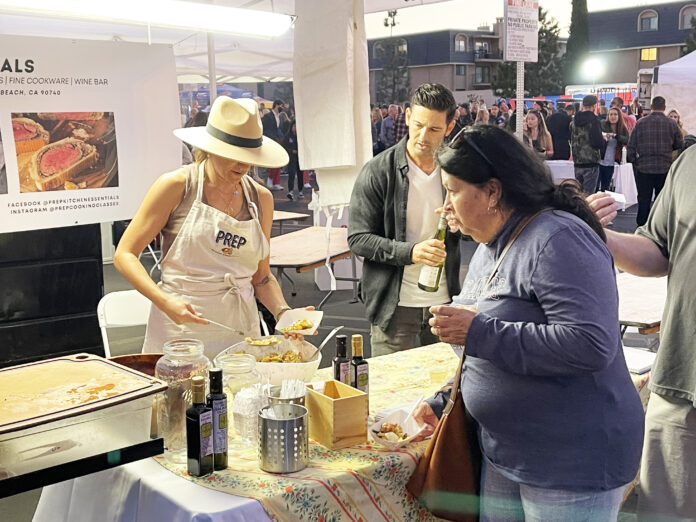 When Reece Yoshizawa was four years old, he did anything to mimic Power Rangers such as flying jump kicks, cartwheels and karate-chops. His parents thought it would be a good idea to sign him up for karate classes. Yoshizawa, now 16 and a senior at Los Alamitos High School, just returned home from Cluj-Nopaca, Romania where he represented the United States at the 2021 World Karate Championships and clinched 3 Gold Medals, 1 Silver Medal and 1 Bronze Medal. He is now a World Champion in Karate. [more]

Although the food was delicious and the relaxed atmosphere was a welcome relief to thousands who turned up to participate in the 20th Anniversary of the “Taste of Los Al” event Saturday, at least one man will remember it as “the longest line I’ve ever stood in during my life.”  People began lining up even before the gates opened at 6 p.m., and the lines, two and three deep, stretched across two sides of the entire area fenced for the event located near the … [more]

Cypress yet to comment on voting rights act allegations

Facing a lawsuit from a Malibu attorney who claims their at-large city council districts violate the California Voting Rights Act, the city of Cypress has yet to issue public comments on a future course of action.  At their Sept. 27 meeting, however, the Council did have the item on a closed session agenda, however legal counsel Fred Galante reported that “there had not been a quorum” just at the time the Council was to discuss the matter, so it was not discussed.  However, the council said another matter, an… [more]

Longtime KTLA Traffic Reporter & Rossmoor Resident Ginger Chan did a live report on California Clean Air Day (Oct. 6th) from Rossmoor’s Rush Park. “When it comes to air pollution, we can all do our part. Whether you’re an individual, business, government agency or nonprofit organization, there are things we all can do to improve air quality and protect public health,” said the mother of three children & wife of KTLA Helicopter Pilot/Reporter Mark Kono. “… [more]