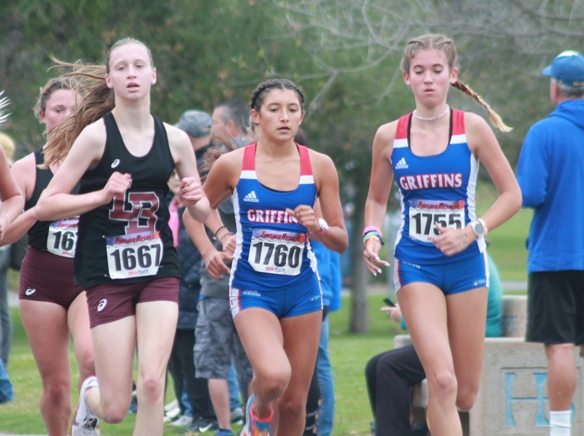 At his final Planning Commission  meeting on Monday, Nov.1, Interim Community Development Director Barry Curtis brought up the matter of height limits in the trailer park.  Most of Seal Beach has a residential height limit of 25 feet, or two stories.  The trailer park, now known as Seal Beach Shores, is located in District Three. Curtis said that about 12 or 13 years ago, the issue of height limits became… [more]

The Woman’s Club of Seal Beach recently welcomed guest speakers from the Special Olympics at their general meeting on Oct. 20.  Greg Kozlowski and Jenny Skinner, both Orange County athletes of the year, expressed their appreciation for their experiences participating in Special Olympics and how much these games have enriched their lives. They have made friends all over the  …[more]

Seal Beach resident takes another journey of 204,000 steps in one week

In April, the Sun reported that Seal Beach resident Jim Akers accomplished the ultimate Fitbit daily badge for taking 100,000 steps in one day.  From Oct. 25, to Oct. 31, Akers, 74, walked his way into a personal best by accomplishing 204,488 steps (97 miles) in one week. Here is his account.  “Now that I had achieved my April ‘Everest’ of one hundred thousand steps, I had some recovery time to think about what’s next, if anything. Thirty days later … [more]

Jim Quinlan’s front-yard Halloween Pumpkin Patch  was a big hit on Sunday, Oct. 31.  Local residents and their children were captivated by the well-lit pumpkins on display, a commercial-grade fog machine, sound effects, and spooky projections on the wall that added to the excitement.  Terri Quinlan (his mom), was Jim’s Assistant Pumpkin Carver and Roland Gerardus helped with set design. The 36 uniquely designed pumpkins took … [more]

Los Alamitos High’s girls cross country team finished second in the Surf League standings as the Sunset Conference held its finals on Saturday at Huntington Beach Central Park.  Sophomore Kaitlyn McQuillen led the Griffins with a seventh place overall finish in a time of 18 minutes, 42.7 seconds over the three-mile course. Sophomore Hallie Muniz was the second finisher for Los Alamitos at 12th overall, in a time of 19:14.3. The Griffins were just five points behind Surf League champions… [more]