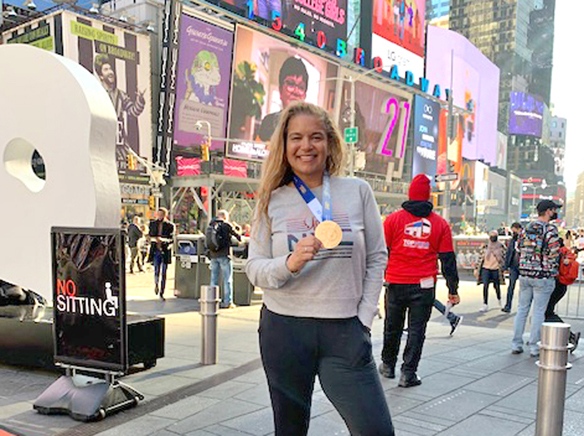 It was a kind-of busy week for local news.  For some the most important story is OC Supervisor Katrina Foley’s decision to intervene in a traffic signal hubbub among the residents  of the new Ovation senior community in Cypress who claim to feel “trapped in their community” due to tensions between Los Alamitos and Cypress.  But the reality is 1) Foley has no power whatsoever in this dispute other her charm (considerable) and power of persuasion (also considerable); 2) The real issue is between the Ovation residents and the City of Cypress which allowed the poorly designed (traffic-wise) community to get built as it is in the first place.

Ovation residents are asking for Los Alamitos to agree to install a traffic signal at Enterprise and Katella.  Good luck with that.  What the new Ovation residents probably don’t know is that this issue goes back over many years when Cypress councils have approved projects which have negatively impacted Los Alamitos streets and traffic and acted as if they basically didn’t care.   Los Alamitos’ only leverage is that it owns five of the six traffic lanes on Katella.  City officials also know that in the past a bevy of drivers – many who did heed speed limits — used Enterprise as a shortcut to get to the base or over to Farquhar.   And residents fear a signal will encourage drivers to again use the street as a short-cut.

From the OC Breeze:

The Voice of OC:

All can also be seen on your TV on-demand via the free OUR LOS AL TV streaming app.  (download it from Roku, Amazon Fire or Apple TV)