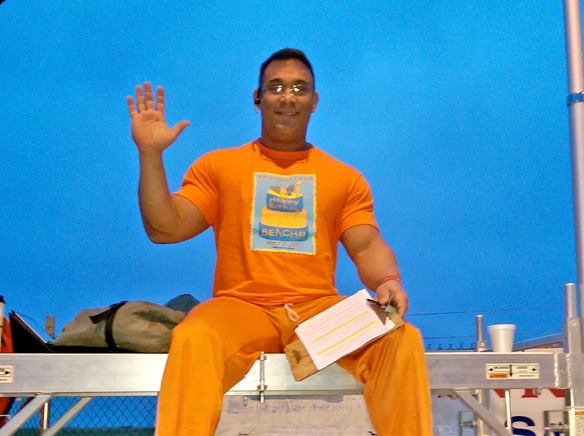 By Diana Newton – For more than 10 years, Seth Eaker-Morgan gave tirelessly to support Run Seal Beach; this was just one of the countless volunteer contributions to non-profit organizations he had during his time in Seal Beach. Devoted, meticulous, genuine, selfless – these are just a few words to describe him. Many, if not most of the people in the community, knew Seth, as he touched so many lives in such a meaningful, powerful and permanent way. In fact, he was a …[more]

In this event paddling comes with a purpose

Heading into its 10th annual event, the grassroots fundraiser in Belmont Shore, called the Adler Paddler, had been picking up some momentum. The event had begun to draw upwards of 200 participants and even more spectators and supporters. But the 2020 event, always around St. Patrick’s Day, was cancelled just days before its annual return.
But the Adler is back and set to hit the water on Sunday at the Belmont Shore Peninsula. The Adler Paddler started as a … [more]

Jazz at Los Al will hold its annual fundraising concert “SPOTLIGHT” (a Class Notes Production) on Saturday, April 9 at the Los Alamitos High School Performing Arts Center under the direction of Justin Padilla.
The concert begins at 7 p.m. and there is a “Meet and Greet” with the artists at 5:15 p.m.
Class Notes fundraising concerts began more than forty years ago under legendary jazz instructor, Mr. Chuck Wackerman, who… [more]

Seal Beach will hire a consultant to assess the McGaugh swimming pool site. “City staff will take a contract to Council for consideration for professional services for this project,” wrote Assistant City Manager Patrick Gallegos in a March 2 email.
The analysis is expected to look at the cost of either refurbishing or replacing the McGaugh swimming pool within the existing footprint and the city’s financial means.
While the two members of the city’s ad hoc pool committee agreed with .. [more]