Two Los Al Griffin sports stories continue their journey this weekend, and one unfortunately came to an end last week.

The ladies of the Griffin softball team, who handed No. 1 seed Oaks Chroistian their first loss of the year in a 4-0 win last Saturday, will face Roosevelt for the CIF-Southern Section Division I title on Saturday and Dan Albano of the OC Register has a preview of the match-up.  The Griffins bring a 26-7 record into the game.  Roosevelt is 26-3.  The game will be played at Deanna Manning Stadium at Bill Barber Park in Irvine at 6:30 p.m. 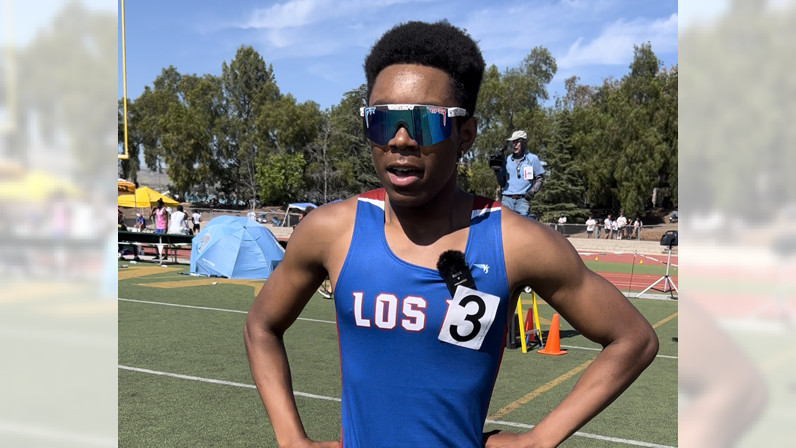 Another great story is the explosive development of freshman sprinter Devin Bragg and the Boys 400-meter relay squad.  Bragg clocked a time of 10.35 seconds to win the 100 meters at the CIF Division 1 title at the CIF Southern Section Track and Field Finals last Saturday. His time qualified him for the Masters Meet on Saturday at Moorpark High School which brings together the top finishers in all CIF Southern section divisions.  The top finishers qualify for the State Meet the following weekend in Clovis.  Bragg also anchored the Los Al boys 4×100 relay, which finished second at the Division 1 final with a time of 41.86 which also qualified for the Masters Meet.  Bragg was chosen as this week’s Press-Telegram athlete of the week.

The unfortunate ending to a great story was the Boys tennis team which fell to Beckman in the CIF Division II finals.  The top-seeded Patriots edged the No. 3 Griffins 10-8.

Ironically the two teams began the season by playing to a 9-9 tie.